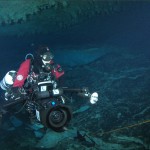 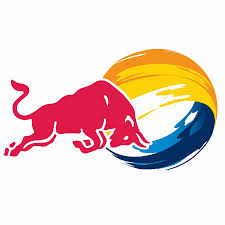 For 20 days in the spring of 2014 I headed off to Great Abaco Island in the Bahamas to work on a cave diving documentary for Red Bull.  We had two experienced underwater cave certified cinematographers handle the underwater audio.  I was a part of the above ground crew that worked in the humid heat to capture the emotions, frustrations, and celebrations of the cave diving explorers as they attempted an never been accomplished feat. 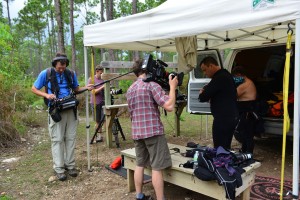 Cave diving in one of the most dangerous adventure sports.  If you mess up, get stuck, or get lost, divers only have a certain amount of air tanks with them.  Topside we didn’t have it much easier – staying hydrated in the humid heat, avoiding the lightening strikes from the fast developing thunderstorms, and being weary of poison wood plants which result in a skin reaction similar to poison ivy (I got it all over my torso and arms!).  But that’s why production companies hire me – Because I’m really good natured about surviving harsh conditions. 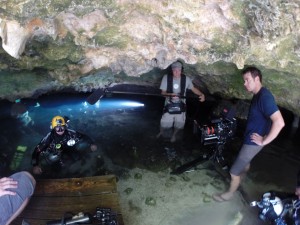 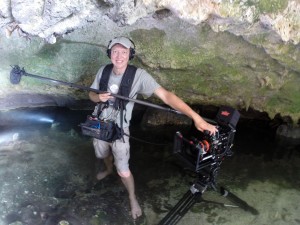 In the end I was able to record some great sound and also really work as an integral multitasking team member since we were a small crew.  So if you need a super sound guy for your inter national adventure documentary feel free to give me a ring. 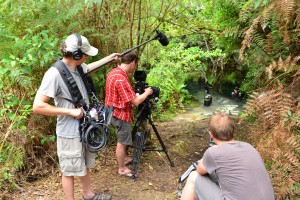