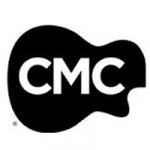 I had the chance to work with NASCAR driver Danica Patrick and country legend Trace Adkins on some promos for the 2013 American Country Awards.

I just returned home from 2.5 weeks in Turkmenistan.  Yeah, I had to look up ...