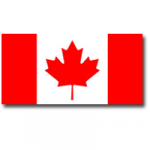 Headed up north to Toronto, Canada for a back story shoot for an upcoming exciting international trip!  I had 5 talent on wireless and multiple RED cameras so I used the Sound Devices 664 mixer/recorder.  We were working around a gorge and there was a lot of climbing rigging involved.  It was a great crew and great group of talent.

Sound mixer for my international friends

Attention Film from Copenhagen, Denmark came to North Carolina and I had the opportunity to ...

I've been working some on the big production of Legends & Lies Patriots. This ...