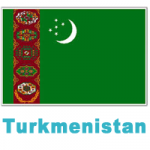 I just returned home from 2.5 weeks in Turkmenistan.  Yeah, I had to look up where was too.  Near Iran and to the south of Uzbekistan.  Headed out into the Karakum Desert to a flaming crater for a show that should air in spring’14 on the National Geographic Channel.  I was again running 5 talent mics into a Sound Devices 664 and recording ISO tracks.

I went down to Alabama for a week to work on a pilot episode for ...

When people think of Niagara Falls they usually think about going over the falls in ...